Building a portfolio of wind power projects in Ukraine 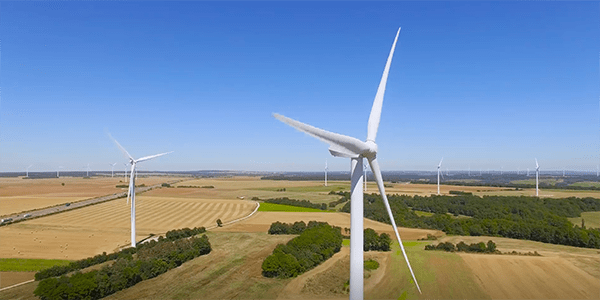 Ukraine Power Resources is the latest in a series of renewable energy companies founded or co-founded by Peter A. Gish, which have successfully developed over 2.4 GWs of wind power capacity in seven countries. UPR is a US company and an affiliate of First Summit Energy, which Mr. Gish founded in 2017 to develop renewable energy projects in emerging markets with positive growth dynamics.

Mr. Gish’s track record includes the following wind power projects that were developed with his partners through the following affiliates: 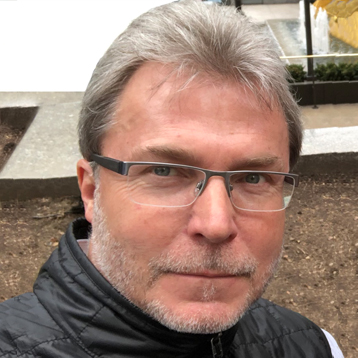 Peter A. Gish is one of the world’s leading developers of wind power projects. As a founder and the CEO of UPR, he sets the strategic vision, development plan and financing objectives for the company.

Over the last two decades, Peter has successfully participated in the development of over 2.4 GWs of wind power capacity in seven countries.

Peter’s most recent wind project success is the 120 MW Khalladi Wind Power Project which was developed while he was Managing Director of UPC North Africa Renewables and that is now under construction with EBRD financing in Morocco. Peter co-founded First Wind in the United States in 2001 and served on its Board of Directors until 2015 when it was sold to SunEdison. He co-founded UPC Renewables in 2007, which has developed over 250 MWs of wind power in Asia.

Peter is also Director and former Chairman of the Board of Apparent, Inc., a California Solar Energy Company. Peter received a Masters Degree (honors) in Jurisprudence from Oxford University and an AB degree with high honors from Dartmouth College. 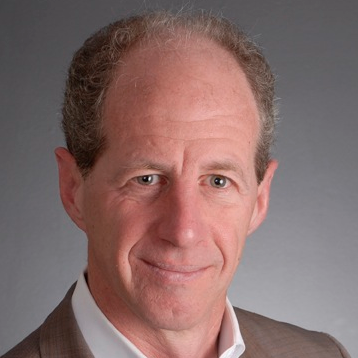 Geoff Berlin is an American entrepreneur with over two decades of experience in Ukraine, starting in 1992.

Prior to launching UPR, Geoff was the CEO of Retrofit America, a venture he launched in Atlanta to make homes energy-efficient. This put Geoff on the front lines of taking action on climate change in the United States, where he achieved average energy savings of 40% for hundreds of homeowners.

Geoff has been a forerunner in developing numerous business activities In Ukraine: He founded and launched the Hertz rental car and vehicle leasing franchises, developed a program to modernize Ukraine’s cement plants, and led feasibility work on the Odessa-Brody oil pipeline.

Geoff received an MBA from the Wharton School at the University of Pennsylvania and an AB degree with high honors from Dartmouth College. 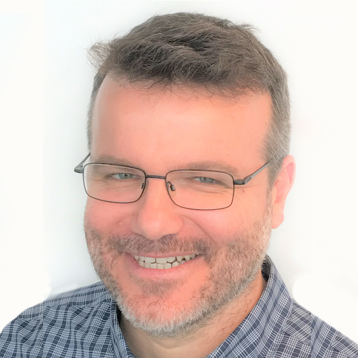 Julien Bouget is a French renewable energy technical specialist with close to two decades of international experience in wind energy projects. Within the UPR’s team, he is providing technical leadership.

Driven by the feeling of urgency to act on climate change, Julien has dedicated his career and his adult life to the success of renewable energy.

He started as technical advisor to the Secretary of Energy of New Caledonia for renewable energy and energy efficiency policy development, then joined the private industry and contributed to or led the development, construction, operation or acquisition of over 50 wind projects in over 15 countries on all continents.

Julien received an MS in Physics from ESPCI Paris Tech and an MS in Engineering and Environmental Management from Ecole des Mines de Paris. 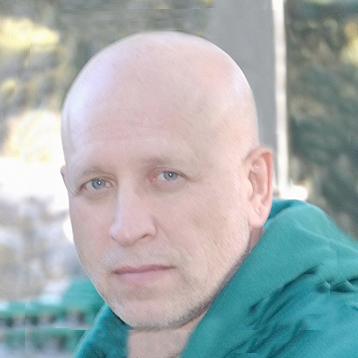 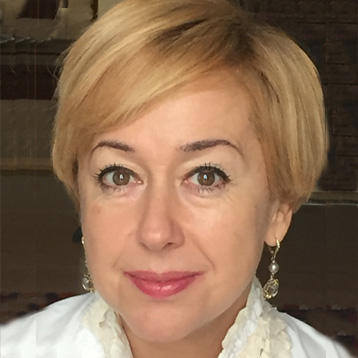 Liudmyla is passionate about advancing her country’s transition toward Europe and building a strong “new Ukraine.” She was an activist at the center of the Maidan uprising that led to the political changes in 2014. Right after that, she served as an Adviser on the team of Ukraine’s Deputy Premier Minister for Humanitarian Policy.

Liudmila was previously the CSR Director for Astarta-Kiev Agricultural Holding. She has also served as the Ukraine Director of the Swiss Cultural Foundation Pro Helvetia and as the Head of Humanitarian Programs for the Soros Foundation in Ukraine. She has developed numerous civil society programs, including the Izolyatsiya International Foundation in Donetsk.

Liudmila received an MPA from the National Academy of Public Administration of Ukraine and a Master of Superior Specialized Studies (DESS) in Intercultural Relations. Sorbonne – III Nouvelle University, Paris, France. 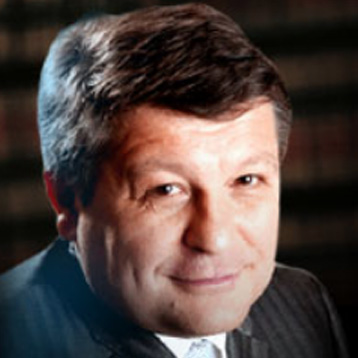 Dmitry Grischenko oversees legal issues related to developing UPR’s wind power projects. He has been the Managing Partner of Grischenko & Partners in Kyiv since 1992.

Dmitry received an LL.M. degree from the New York University School of Law in 1995 and a degree in International Relations and International Law from Kyiv University T.H.Shevchenko in 1980. 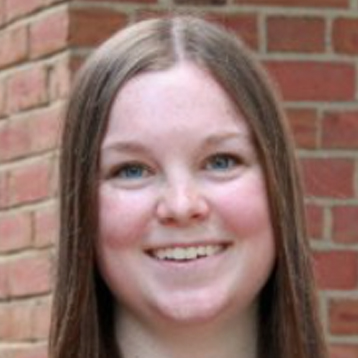 Elizabeth is an avid outdoors person who is passionate about driving meaningful action on climate change to preserve and protect the world’s mountain ranges and glaciers. As part of her university studies, she travelled to Antarctica, where she studied the environmental impacts of tourism on the continent.

Prior to joining UPR, Elizabeth was an Analyst in the Commercial Real Estate division of Deutsche Bank in New York.

Elizabeth received a Bachelors Degree with a double major in Environmental Science and Economics from Dartmouth College. 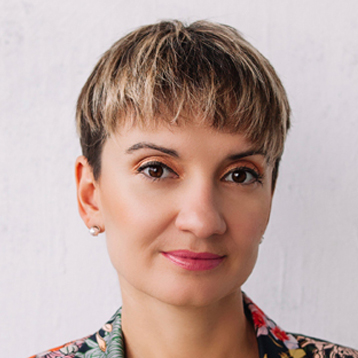 Kateryna is responsible for working with energy buyers on corporate PPAs. She is a Western-educated native of Ukraine and a strong believer in Ukraine’s economic potential.
Prior to joining UPR, Kateryna led a practice in a Ukrainian investment banking boutique where she focused on the pharmaceutical, retail, and financial sectors. She was previously a relationship manager in private banking at Credit Suisse in Geneva, where she worked with high net worth clients in Ukraine and Russia. She started her career as an analyst in the securitization business, where she worked for Bank of Georgia’s capital markets team in Ukraine and later for KBC Securities.

Kateryna received an MBA from INSEAD and a BA degree from Dartmouth College, where she majored in economics. She also holds a Certificate in Corporate Governance from the Board Director Program from UCGA/INSEAD. 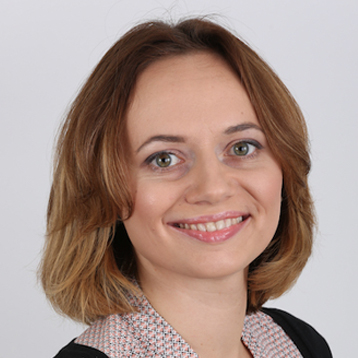 Iryna Bondarenko is a Team Coordinator and Executive Assistant at UPR, based at the head office in Kyiv. Prior to UPR, she worked as a Legal Assistant at DLA Piper’s Ukraine office, where she contributed to the company’s social activities as well as was involved in CSR projects. Iryna received a Specialist degree in the faculty of Romance and German Philology from the Kyiv Institute for the Humanities. 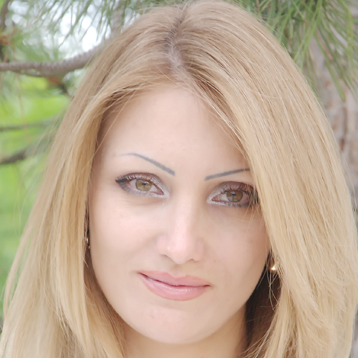 UKRAINE IS DEVELOPING WIND POWER
AND TURNING TOWARD EUROPE 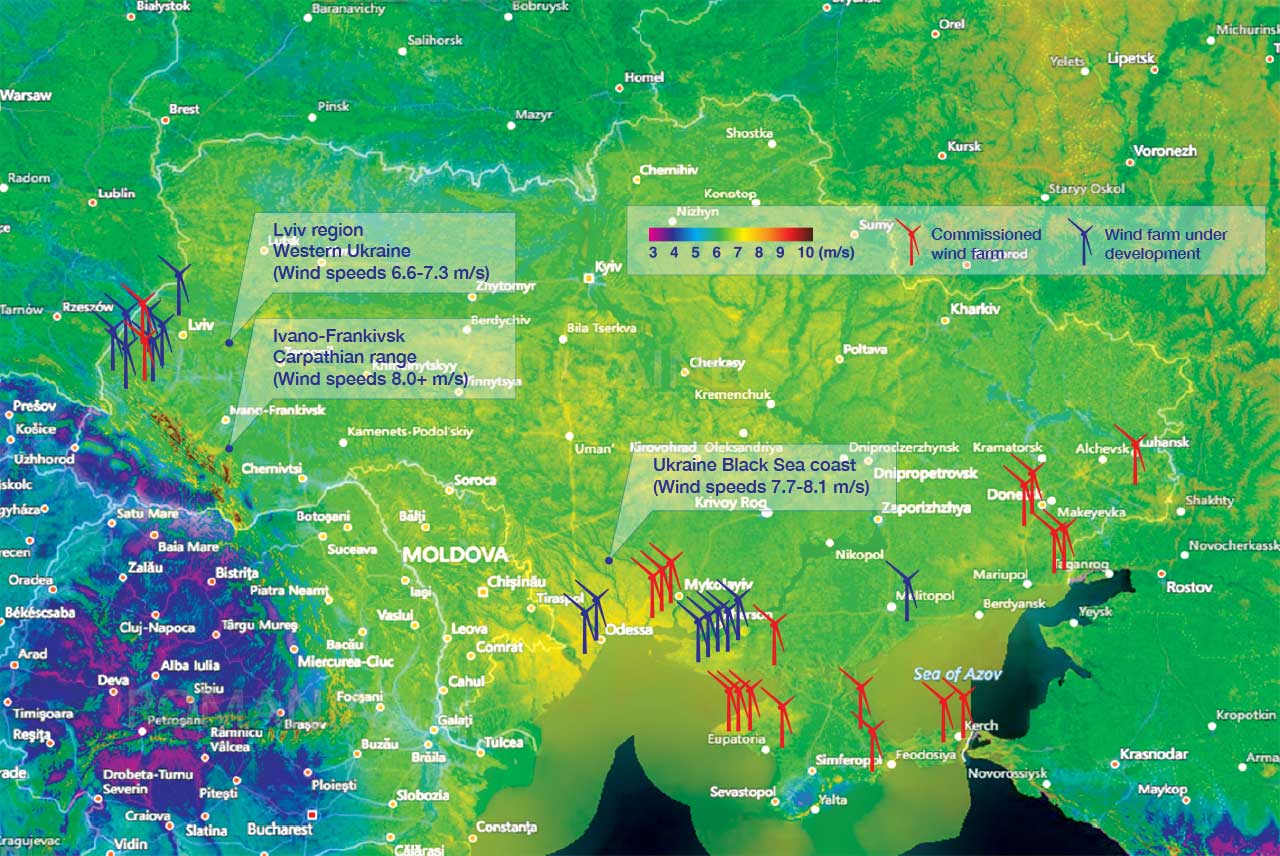 The Government of Ukraine has established a goal as part of its EU Association mandate to increase domestic-sourced renewable energy to 11% by 2020.Renewable energy production in Ukraine is about 6% of total electricity production. This includes about 8.7 GWh of hydro production and 2.0 GWh of production from wind, solar PV and biomass facilities.

To achieve this EU Association goal, Ukraine will require approximately 3 GW of new renewable energy capacity and direct investment of over €3 billion. To attract this investment to its renewable energy sector, the Government of Ukraine has established State Feed-in Tariffs that are pegged to the Euro through 2029.

Ukraine has 490 MW of commissioned wind power projects among 13 wind farms (excluding the Republic of Crimea).New capacity under development includes over 2.0 GWs among over 20 wind power projects. Project developers may access credit financing from international financial institutions and Ukrainian commercial banks, enabling them to proceed with constructing projects that will benefit from a State Feed-in Tariff of €101.8 per MWh for projects that are commissioned by December 31st 2019.

Ukraine Power Resources is planning to develop wind power production with a focus on projects along Ukraine’s Black Sea coast. This area offers attractive average wind speeds in the range of 7.7 to 8.1 m/s and readily-accessible connections to Ukraine’s electricity grid. 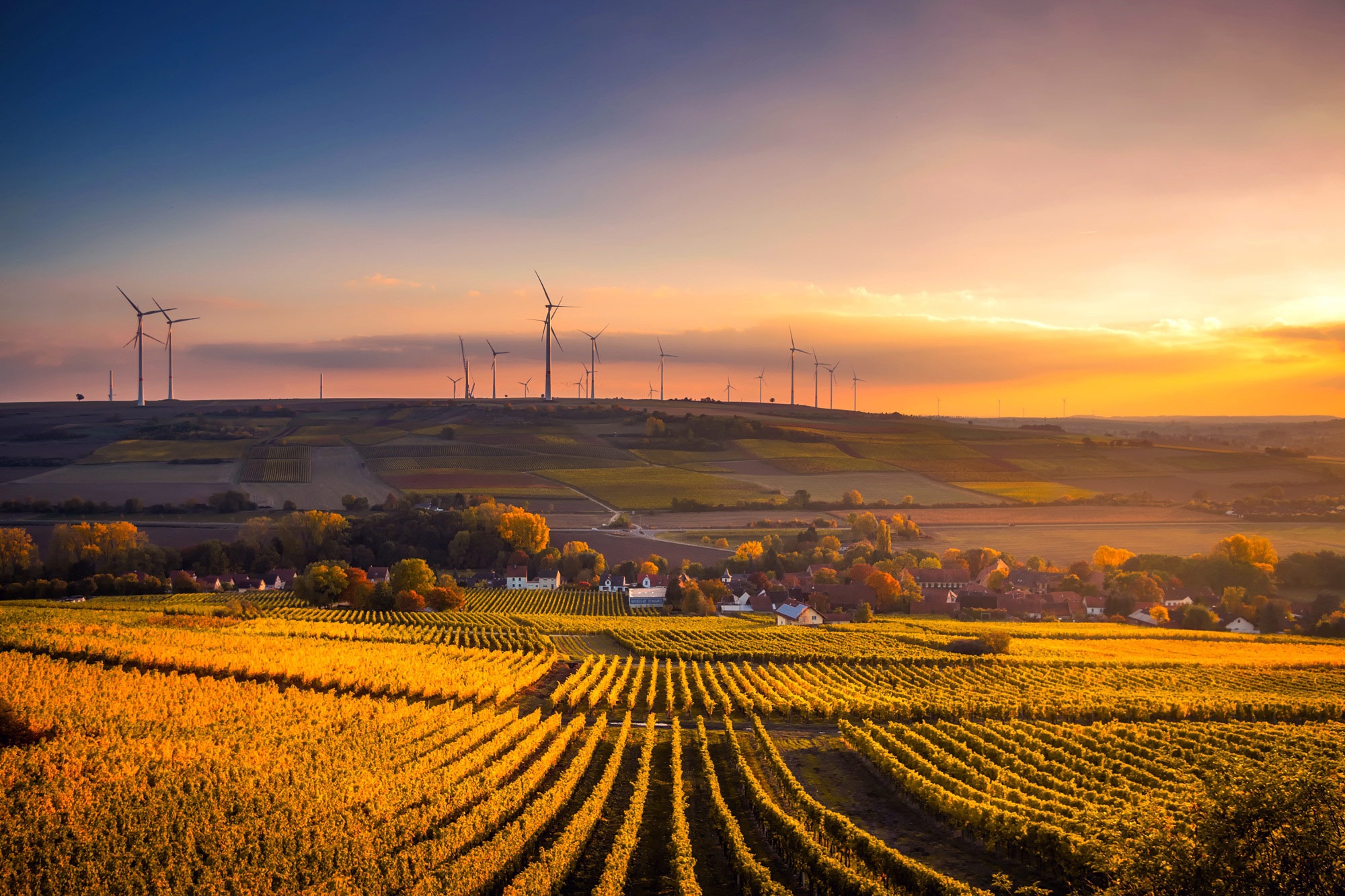 OUR CORPORATE AND SOCIAL RESPONSIBILITY PROGRAM

UPR’s Corporate and Social Responsibility Program (CSR) is at the core of our mission: to produce reliable and sustainable clean energy from renewable energy projects that we develop in cooperation with rural communities in Ukraine.

We believe that developing clean energy should be sustainable and should have minimal impact on the environment. As such, we are constantly refining our approach to ensure that we are achieving our environmental goals.

We seek to have a positive impact in the communities where we develop renewable energy projects. We are a long-term partner committed to working with local communities. For this purpose, we develop community programs in consultation with local leaders and stakeholders to meet each community’s unique needs.

Our Corporate Social Responsibility (CSR) Group is involved in all stages of project development. Our CSR policy is based on internationally recognized practices, as reflected by our membership in the UN Global Compact.